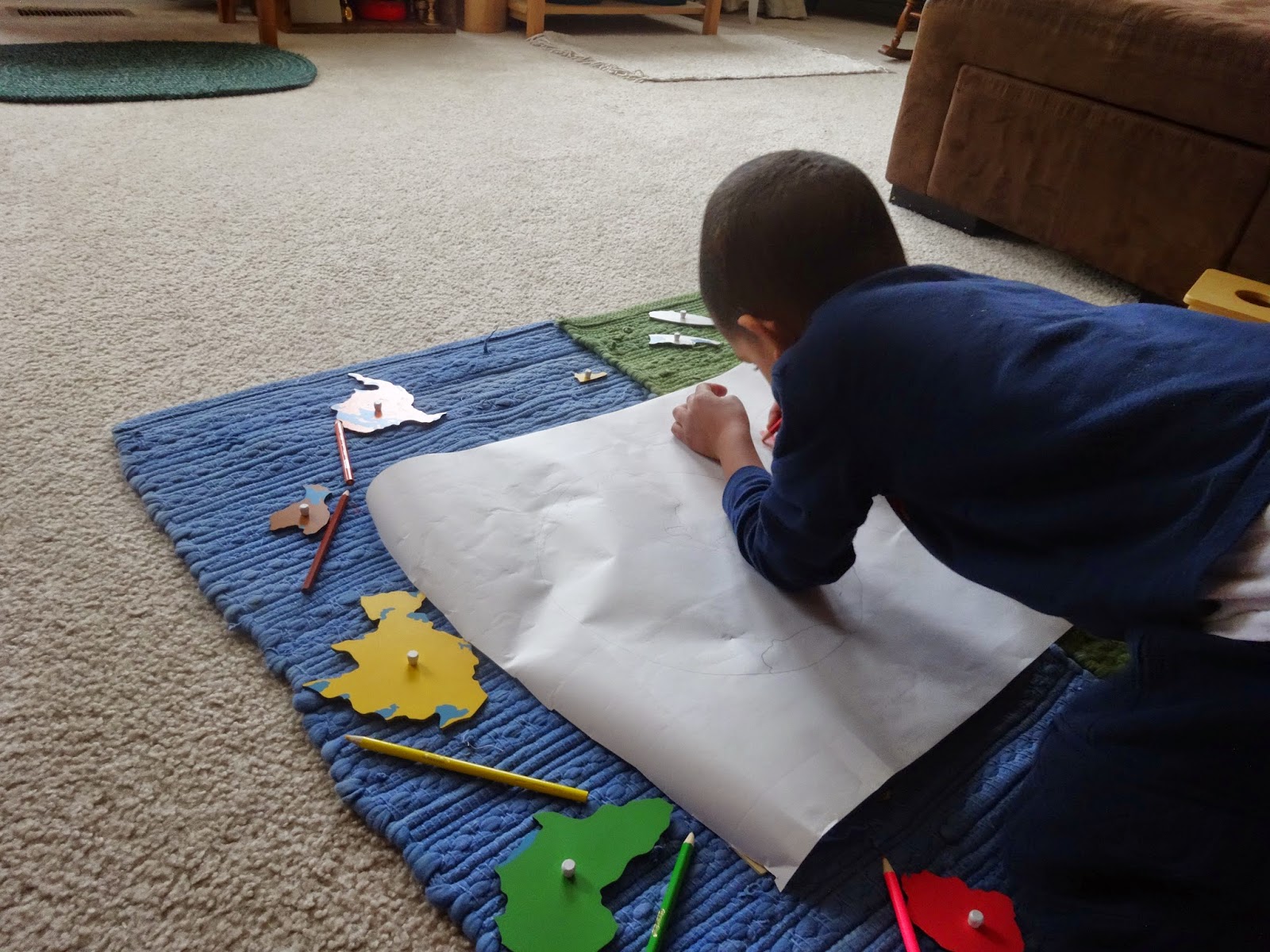 Bubs loves working with the continent boxes and that is really the only way I can get him interested in doing a map these days.  However, I enticed him to pull the world map out again by telling him that he would get to use his colored pencils!

He took out the world map and the plastic circle outline to trace the hemispheres.  He thought this was pretty cool because his favorite metal inset is the circle.  He said, "This is just a really big circle!"  (I was glad he was excited because he has been discouraged lately on some of the trickier metal insets.)  As you can see from the picture above, he chose to match each colored pencil to the correct continent.  He was quite perplexed when he couldn't use his white color pencil for Antarctica on the white paper.  I explained to him another way of tracing his map, but he insisted on doing it this way.  Baby steps I guess.

Note:  For those of you not familiar with "the other way", I'll explain it.  The child can trace the hemispheres onto blue paper or simply color/paint them blue.  Then the child can trace the continents onto their respective colored paper.  (ie. Red for Europe)  Then he can cut it out and glue it onto the respective blue hemisphere.  Maybe one day he will want to do that and I will include a picture.

The finished world map is below.  Hmmm, looks pretty drab in this picture.  I might suggest to him "the other way" and see if he will go for it.  Nonetheless, we talked about each continent and I answered the questions, "Why are Antarctica and Asia on both sides?"  Great question! 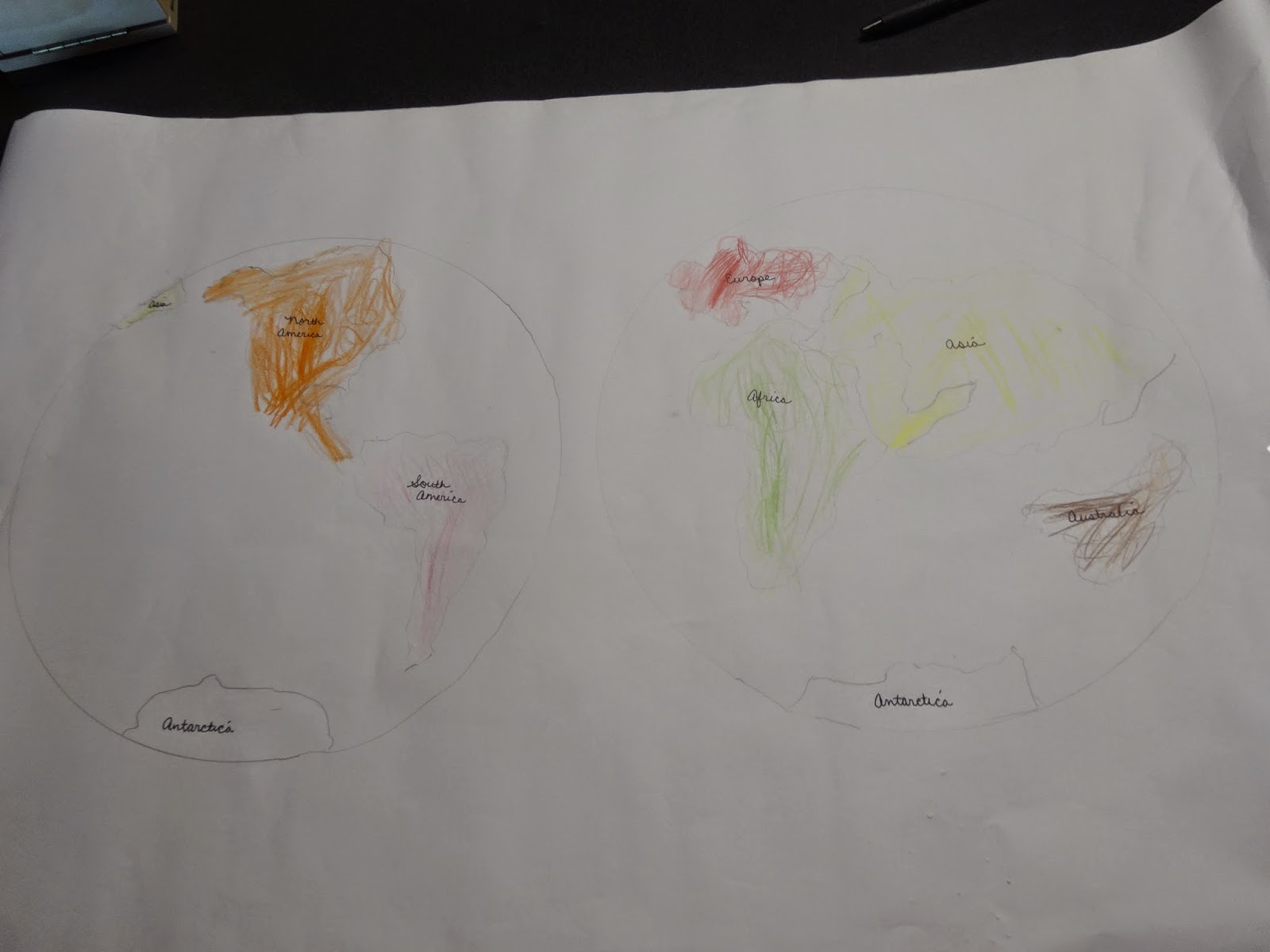 Posted by Our Lady of Good Counsel at 8:29 PM