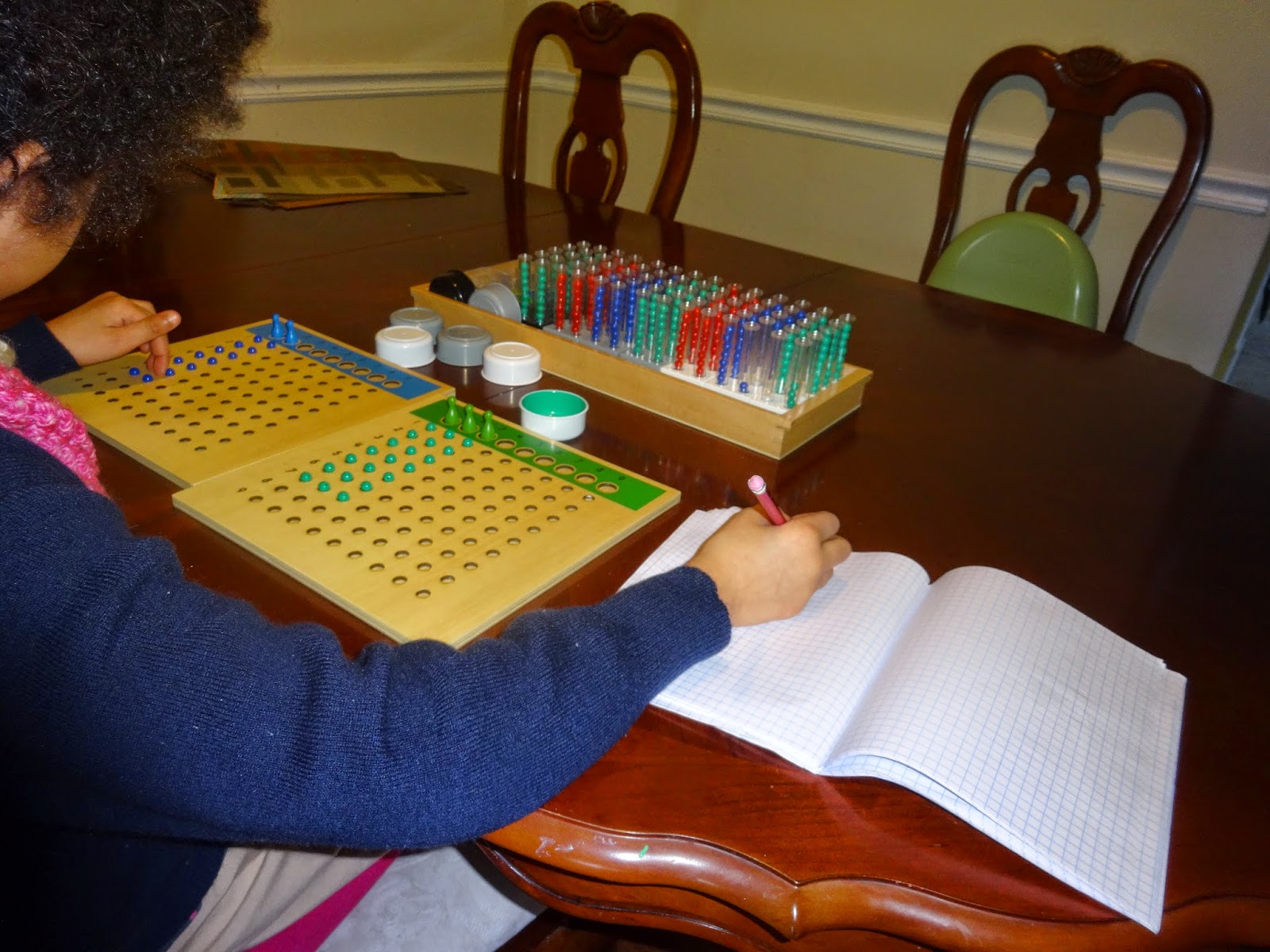 Kui has been working on racks and tubes quite a bit lately.  She is now doing a two digit divisor pretty well. She doesn't have her multiplication down solid yet, so it slows her down a little bit and she ends up counting the beads.  So, I am finding that she gets discouraged easily when the answer comes up wrong, but it is usually because she counted incorrectly.  Not to worry mon frere!! We have ramped up the checkerboard, flat bead frame, bank game, and multiplication word problems to help get those facts learned.  She's not too thrilled about it, but I think it is a fabulous way to review.

We have also been working on writing her work on paper correctly.  She tends to get caught up on the subtraction work in between.  There is also the confusion with counting up how many beads she has used up, especially with the ten board.  For those not familiar, the ten board (blue) and the unit board (green) are for the two digit divisor.  The child evenly distributes the beads between the two boards.  Then she adds up the beads to find out how many were "used" up.  Then that number is written on the top line as part of the quotient.  The child can then check their answer by seeing how many beads are left in the individual cups.  The control of error is built in (unless you don't quite subtract properly, then you might get messed up) which was the case with Kui a few times.  We did go back on another day to a one digit divisor to boost her self esteem a little.  She was encouraged by the fact that she COULD get those problems correct. 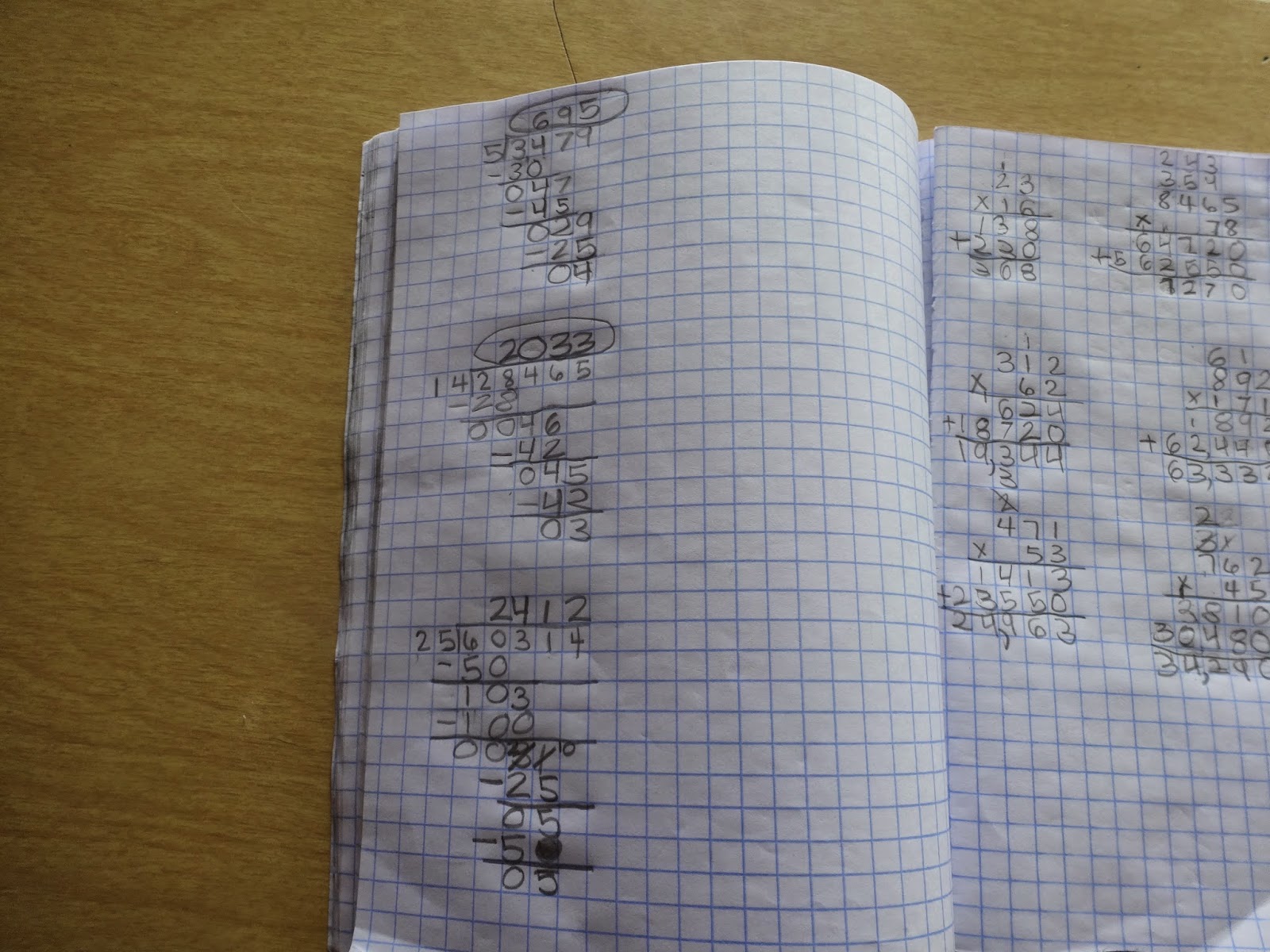 She is now working on doing the two digit without having any help from her mama (aka teacher).  Hopefully soon we will be working into abstraction and only doing it on paper.  I need to go back to the album pages to see how to correctly present that.  Maybe there isn't a formal way and we will have to wing it!  Stay tuned.
Posted by Our Lady of Good Counsel at 9:49 PM