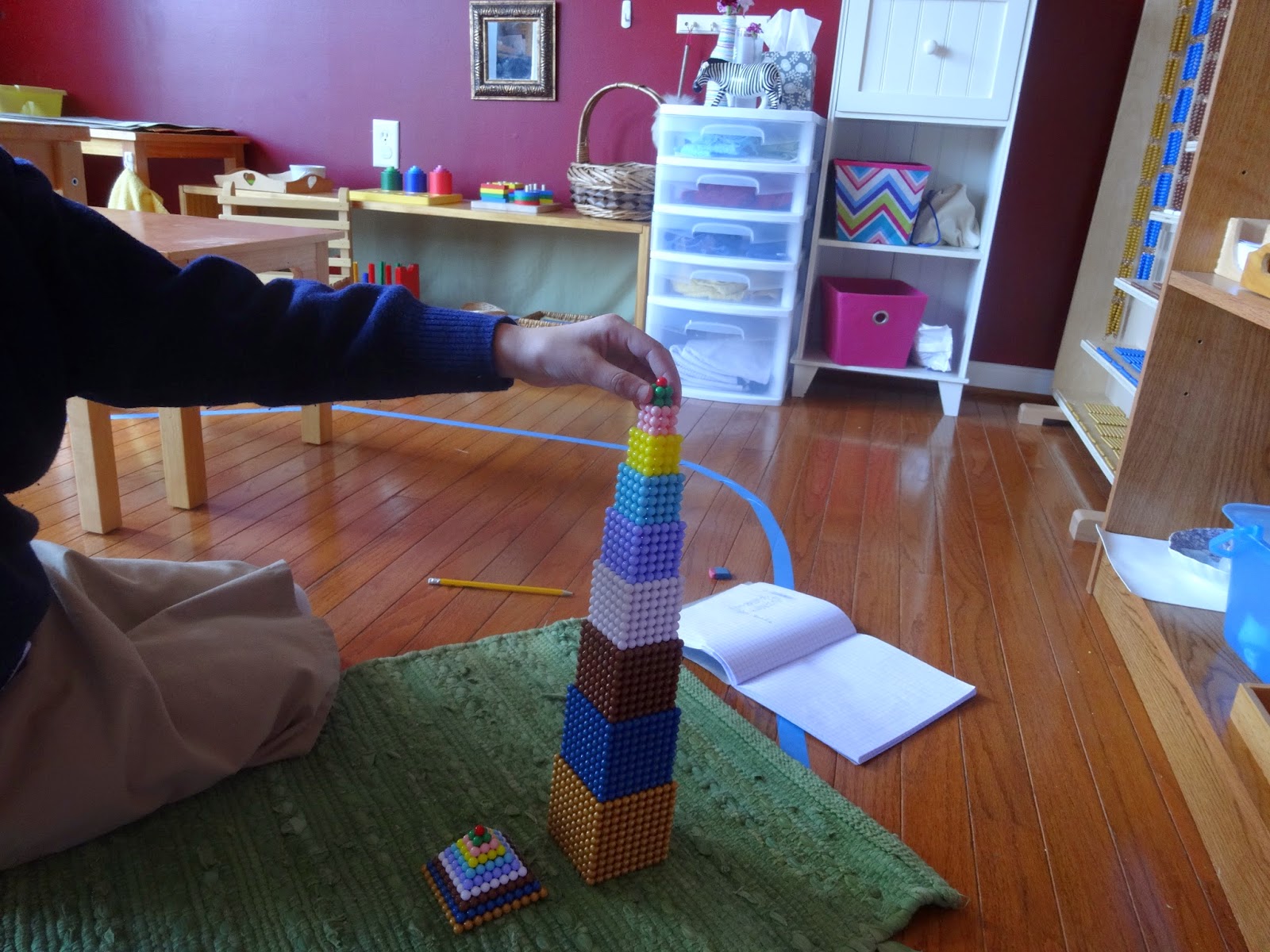 My daughter is currently working her way through the squares and cubes chapter in the math album.  She has already finished with the notation of squares and cubes presentations and has started the first set of games.  Game 1 has the child fetch a square and a cube for each number 1-10.  Then the child puts the squares in a pyramid shape starting with the 10 square on the bottom working up to the 1 square at the top.  Doing the same for the cubes, but creating a tower instead of a pyramid.

I had practiced this presentation ahead of time to make sure I had all of the squares and cubes memorized to make it at least SEEM like I knew what I was doing.  Clearly I didn't have to use the cube of 9 with accounting (my pre baby life) and definitely not while being a toddler teacher.  But to my daughter, I know "everything" so I couldn't let her down.  Not to mention that my husband doesn't help the cause when he is telling her to ask her teacher when she doesn't know something!

She was thrilled to finally be able to stack the material after so many times of me telling her that was not what we were doing today.  So I skipped the formalities of the presentation and let her get to stacking. Then I asked her one of the great "Wonder" questions.  (We use a lot of those in the atrium to spark a child's imagination).  I asked her, "I wonder what the total of this pyramid is?"  She was excited to get started figuring it out.  Phew!  I thought she might just roll her eyes at me because it actually involved math.  She's clearly not a math fan.

The next step is to write out the squares on paper.  She started with 10 squared and went down to 1 squared.  She wrote answers in a column to be able to add.  She totaled it at the bottom to find the number of beads in the pyramid. 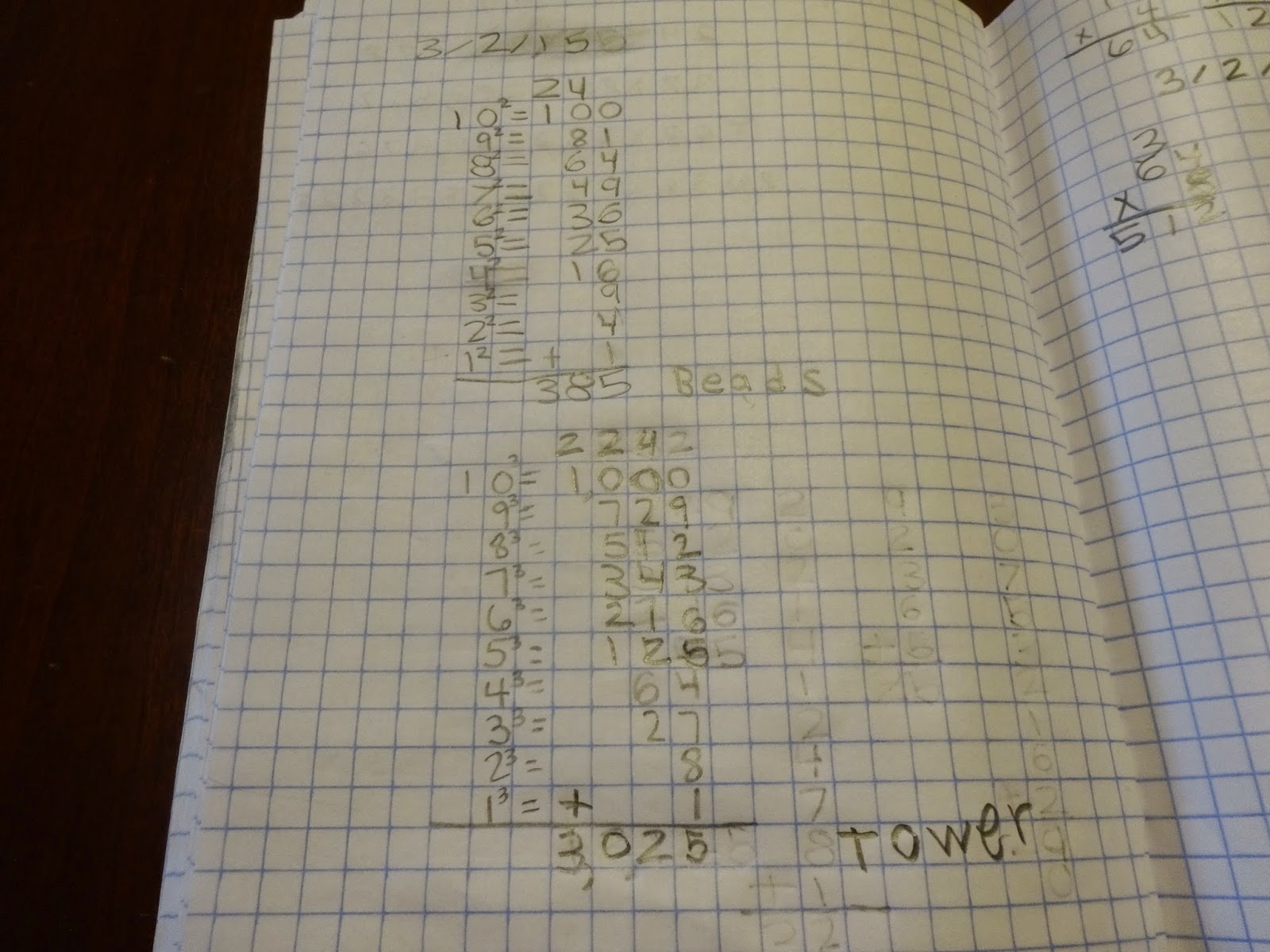 Then I asked her the total for the tower.  This was a little trickier and she had to use a side piece of paper to figure out the cubes she didn't know.  Little did she know that this work had some built in addition and long multiplication for her to practice!  Gotta love Montessori. 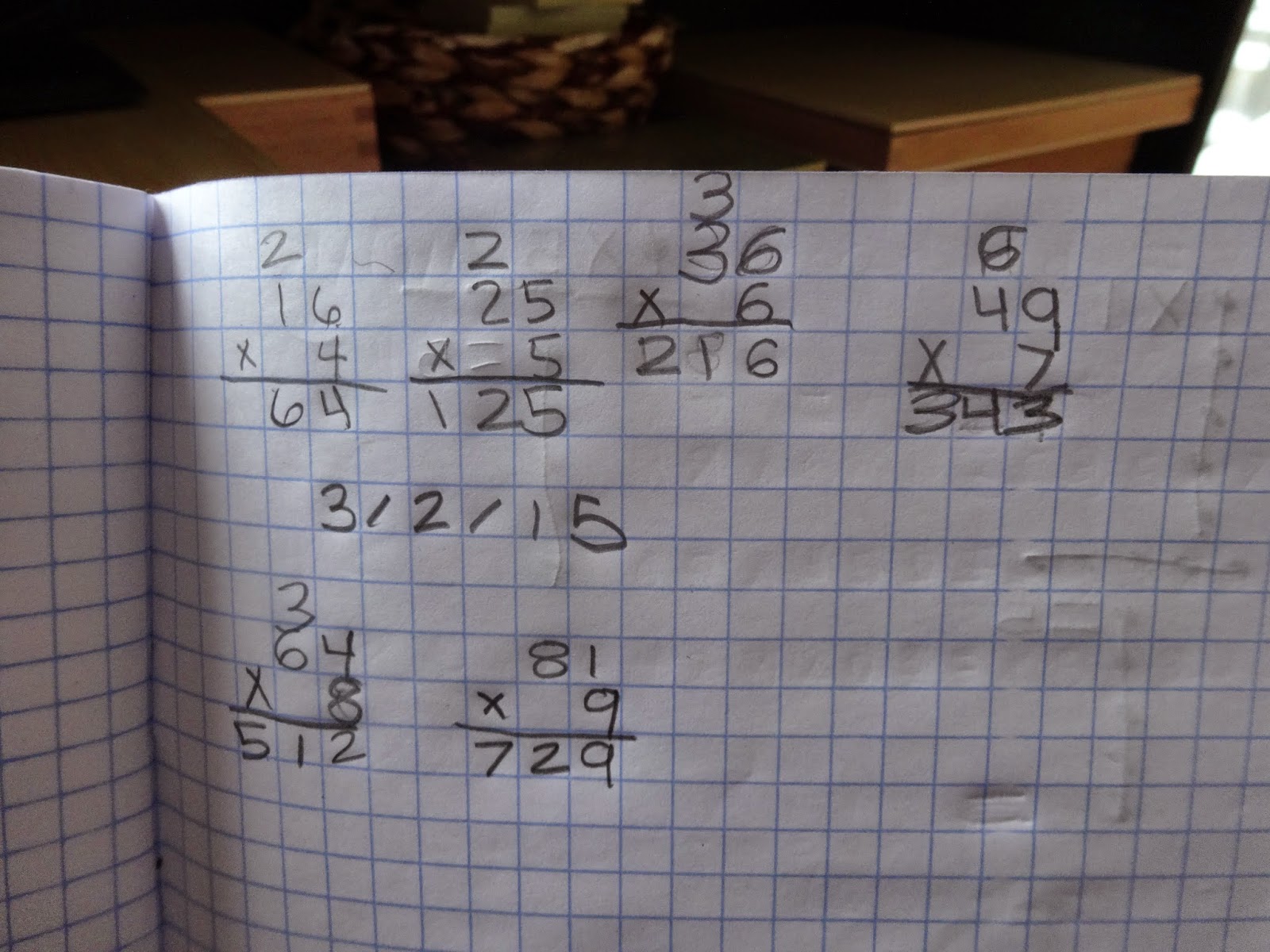 Posted by Our Lady of Good Counsel at 8:42 PM