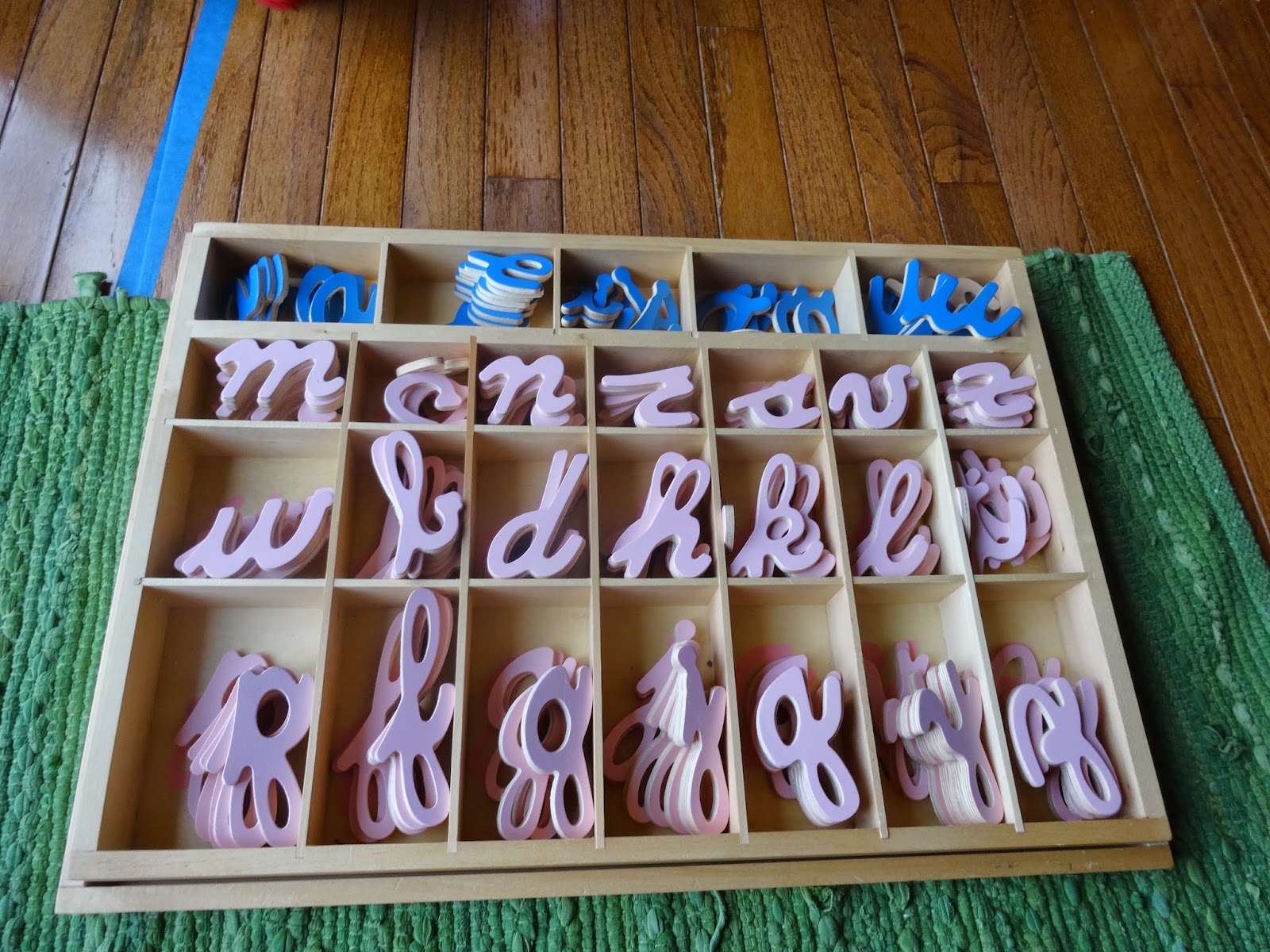 Bubs has really been into his numbers lately, but I have also been trying to encourage the moveable alphabet material.  A friend of mine reminded me that he just might not be in a sensitive period for reading/writing right now, but I didn't want to believe it.  She mentioned a little game that I could play with him that might get him over that hump.  She suggested that I have him take one letter of the moveable alphabet and find that same sandpaper letter.  Then go around the house/classroom and find objects with that beginning sound.

Soooo that's what I did.  Bubs went over to the moveable alphabet and what letter did he choose first?? X. I couldn't believe it.  I was like "Oh dear.  How am I going to keep encouraging the fun of the moveable alphabet when he starts with a very tricky sound!"  So I played it off like any good ole teacher would and redirected him to b, b, b, bubs!!  Let's start with the beginning sound of your name.  Phew!  It totally worked and off we went searching for objects with the beginning sound of b.  At this point, my darling elementary child, Kui, was quite excited to be distracted from her letter she was writing (#shedoesnotlikegrammar).  She kept spelling words that started with b and giggling when Bubs walked past the objects. 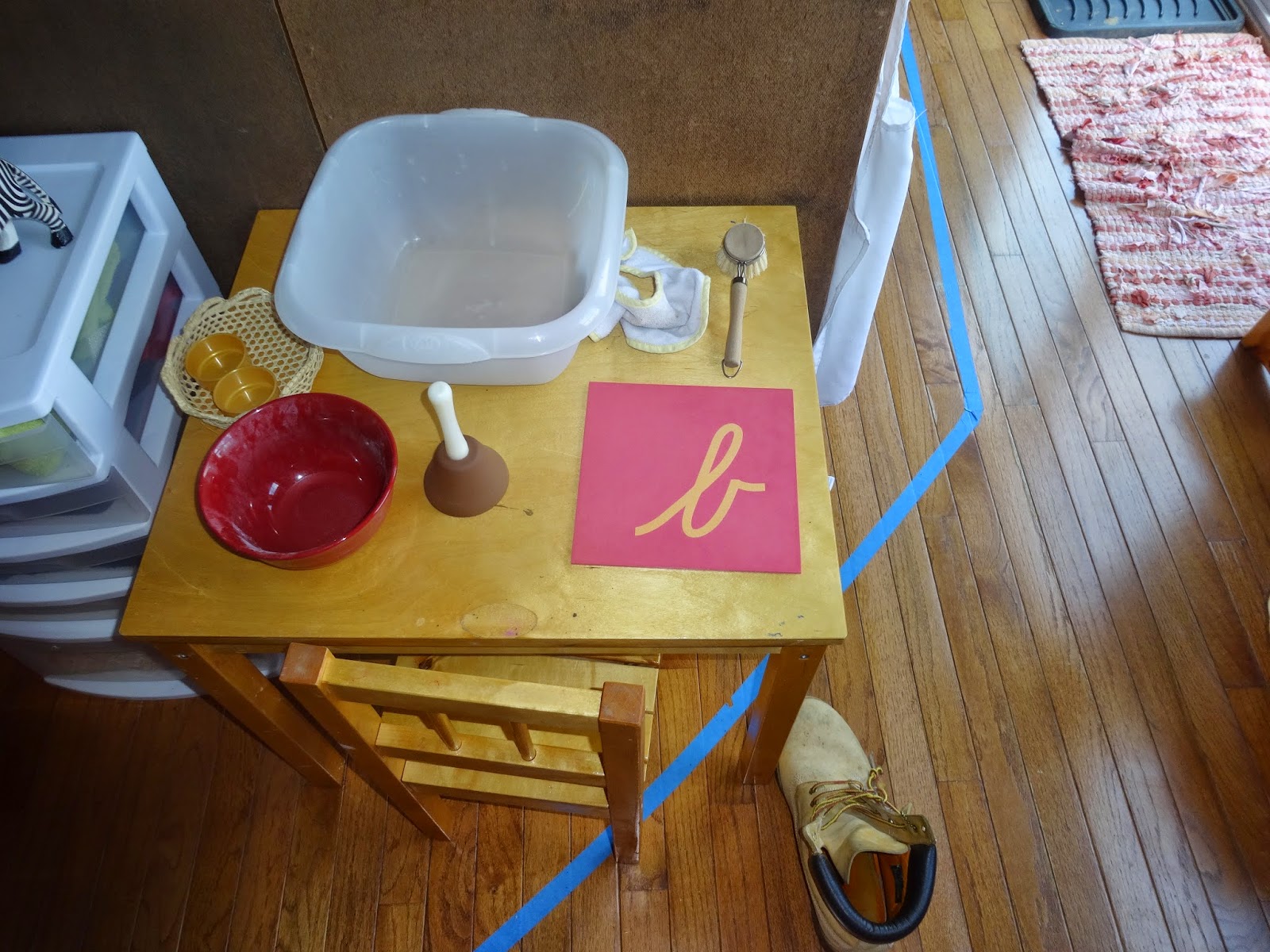 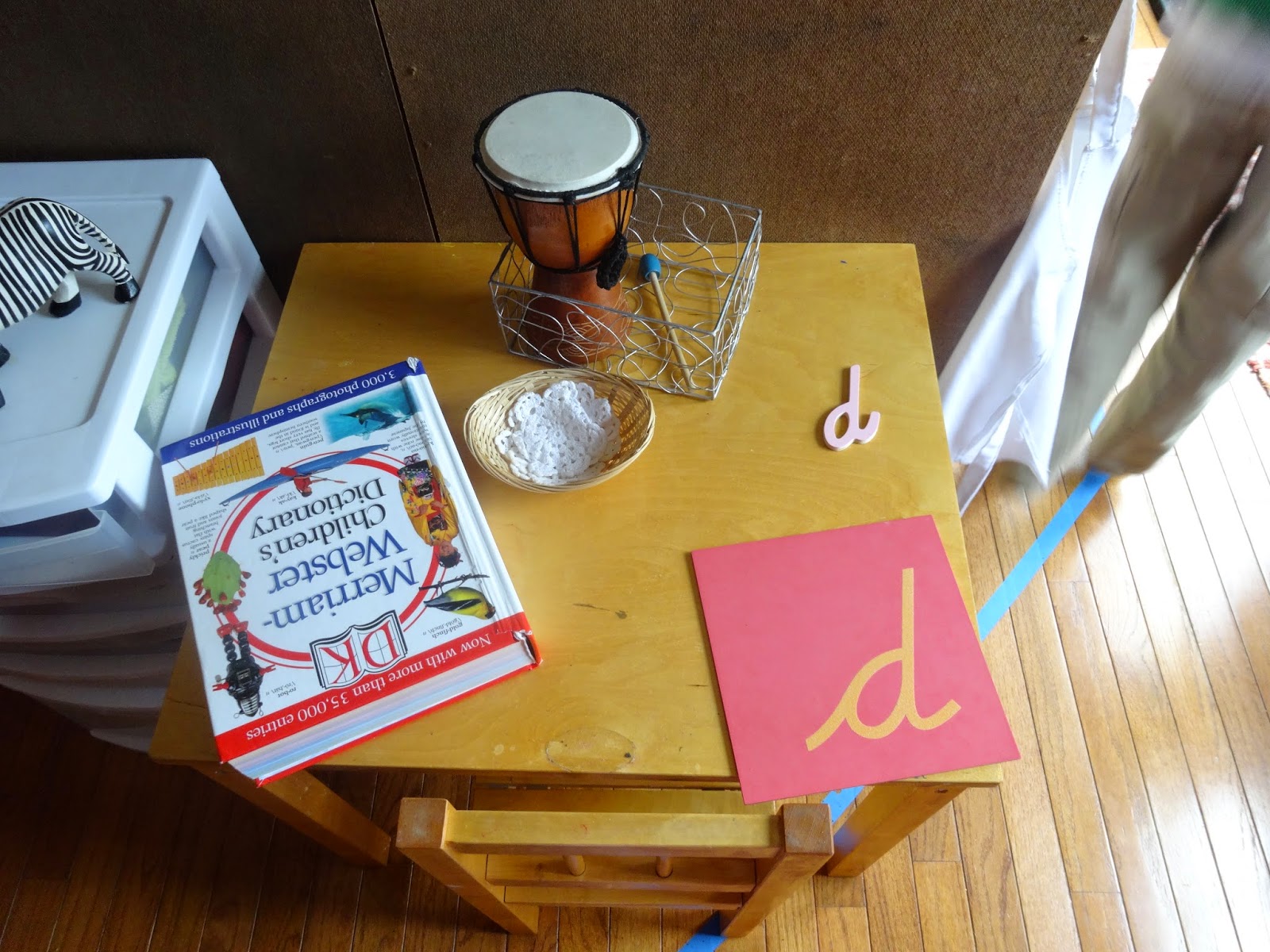 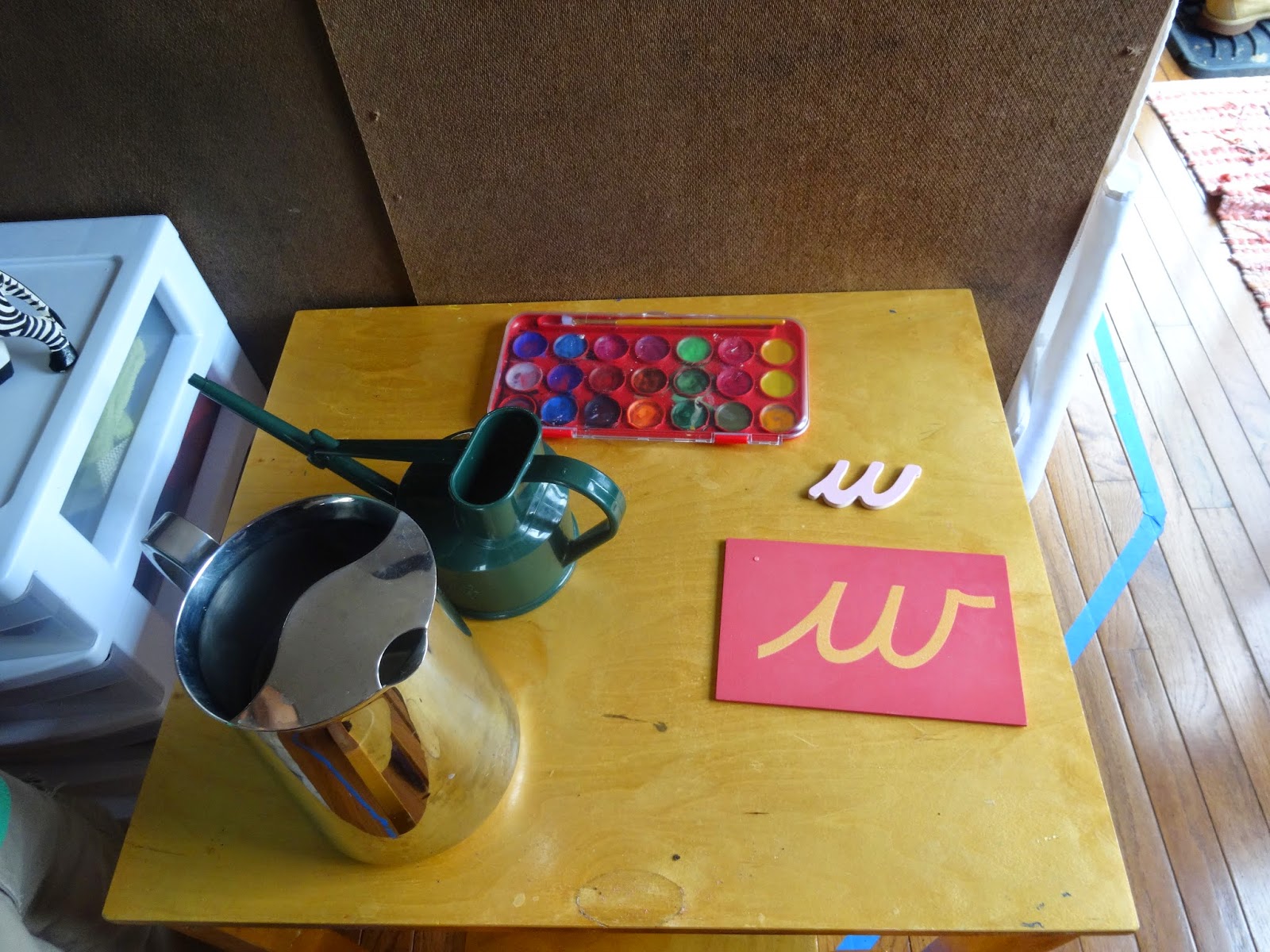 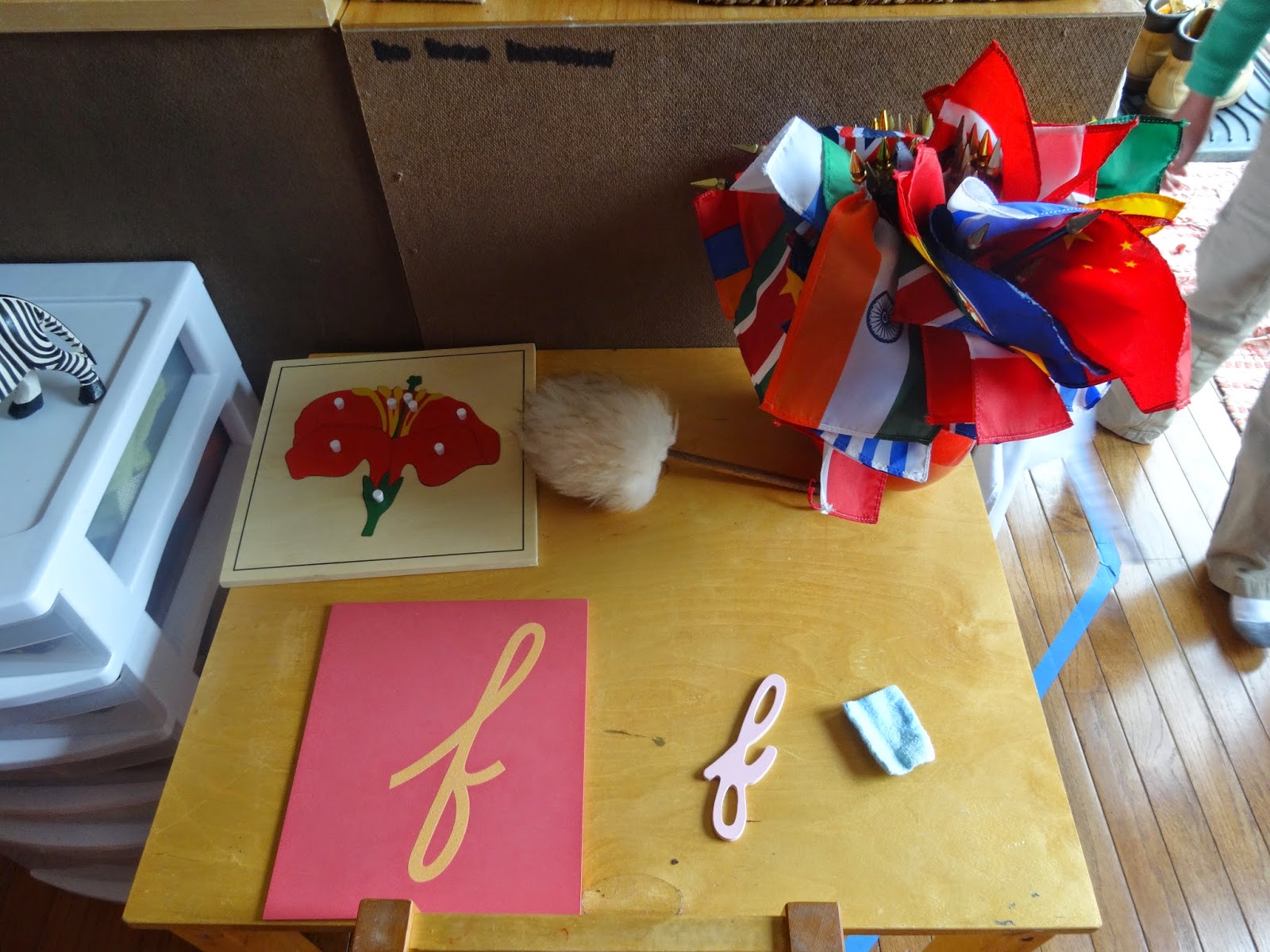 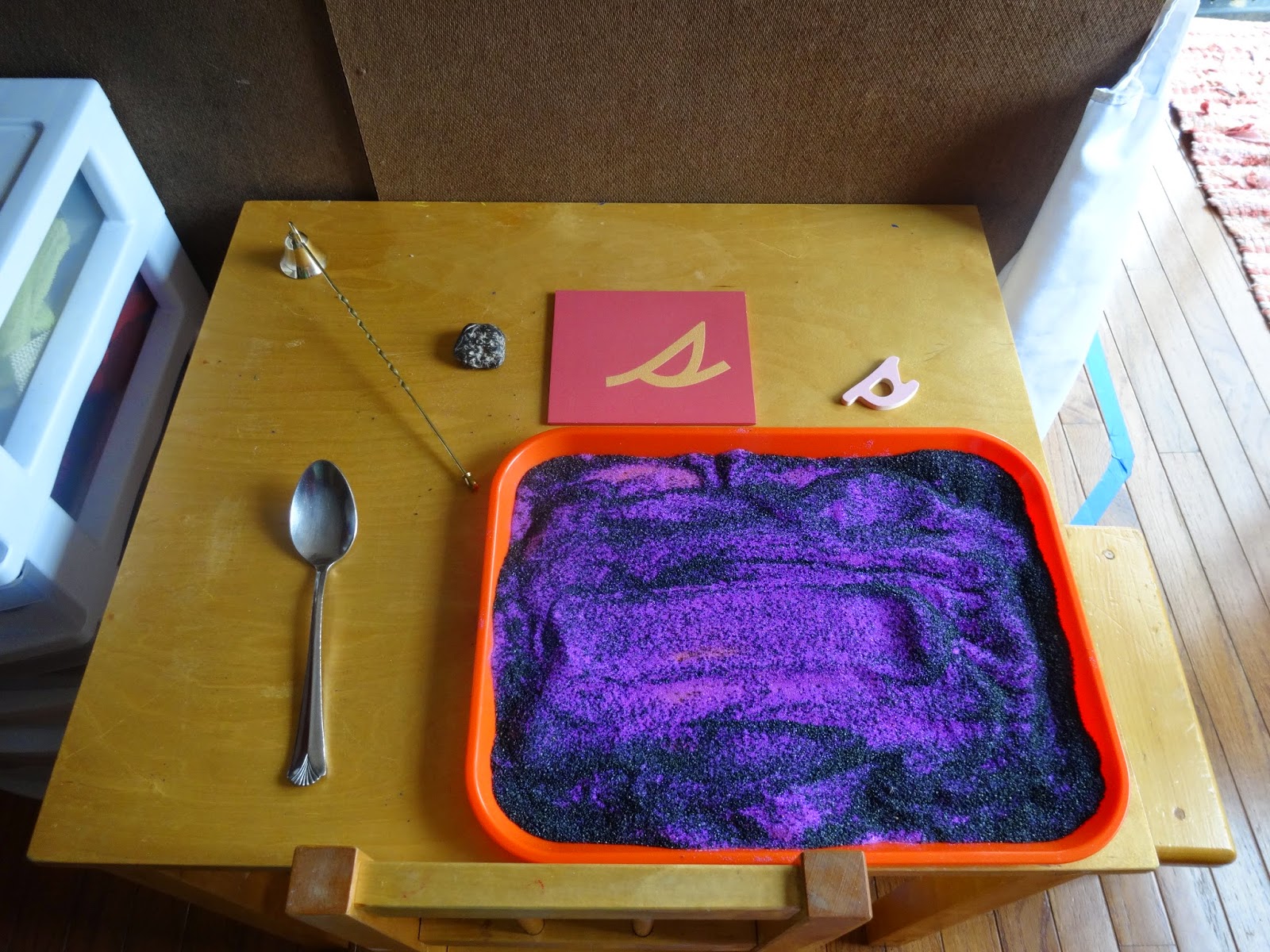 As you can see he went a little crazy and chose quite a few letters.  It was great though.  He did it for a solid 30 minutes.  I am hoping he will continue to think it is fun so we can move on to some of those trickier sounds and eventually introduce phonograms (sh, ch, etc.)
Posted by Our Lady of Good Counsel at 10:55 AM