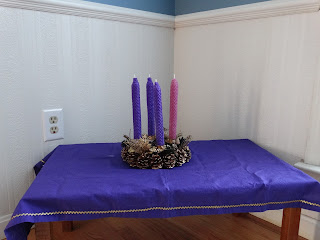 Happy 1st Sunday of Advent!!
As Catholics, we began our liturgical year on Sunday.  The kids are always excited to see the large Advent wreath at church.  This year I was fortunate to come across this page at the Holy Heroes website.  It is a candle making kit.  The kit is very reasonable in price, but I was a little disappointed in how tricky it was to roll the candles.  I definitely would not suggest it for kids under 6.  Those little ones can't quite control the pressure of their fingers yet.  The wax cracks very easily if not warmed by the heat of your hand. 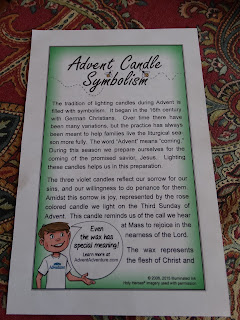 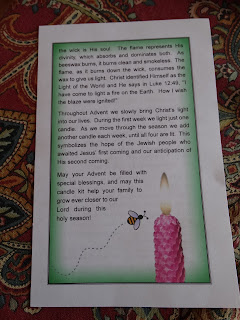 The kit included a great explanation of the symbolism behind the 4 candles and why there is a rose candle among the other violet ones. (The picture will enlarge if you click on it.) 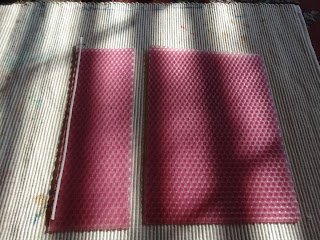 Ok, sorry. This pic came out terrible because of the sun, but it was the only one I got before we started to roll them.  The left rectangle is the core.  You roll that section first.  Then the section with the slanted top (it is hard to see) is rolled onto the core. 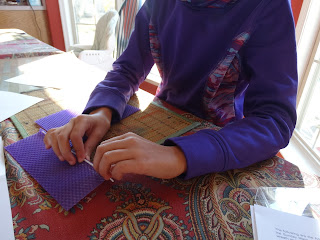 Kui is pressing the wick into the core. 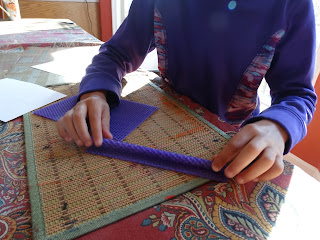 Then she started rolling it.  This took her about 10 minutes because she had to go slowly to ensure the wax did not crack. 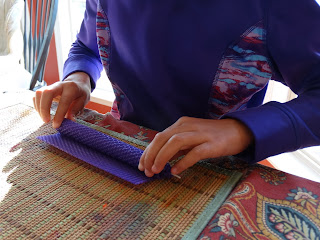 Then she took her core and rolled it into the other section of wax. 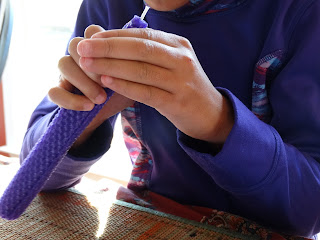 After the last section was rolled, Kui tapered the top section.  She just warmed it with her hand and was able to form it into a tip. 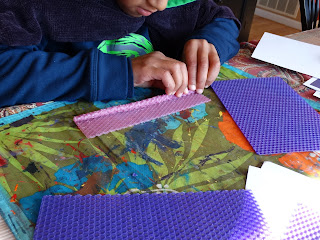 Bubs chose to do the rose candle. 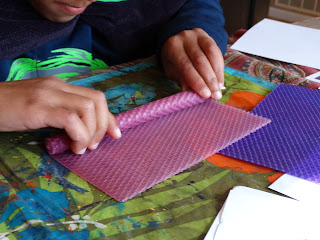 He struggled a bit more and then finally gave up at the end.  I finished it off. 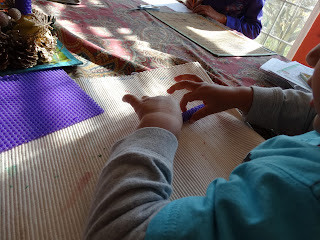 T-man took a try, but cracked the wax instantly.  It's like a 7 month old trying to turn the pages in a regular book. He doesn't know his own strength!! 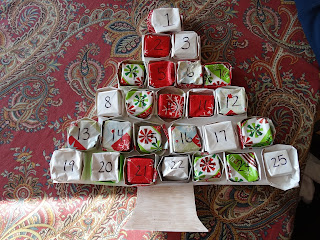 This is our Advent tree.  Well, actually, it is Kui's from a few years ago.  The teacher she used to have art lessons with encouraged her to make this origami box calendar.  OMG like 75 origami boxes later, we finally finished it.  Thankfully it is still usable!  It got a little crushed in the move to the new house, but overall, we can still use it.  The concept is that each day has a box with something in it.  I get the job of filling it up with different things every year (very tedious job!).  Some days have candy while others have tasks or readings from the Gospel.  We try to incorporate the Corporal works of mercy like feeding the hungry, clothing the naked, etc. 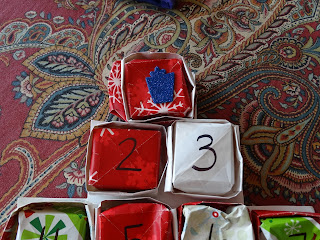 This is what the box looks like after she looks at it for the day.  There are different Christmas stickers on the back of each number.

Posted by Our Lady of Good Counsel at 5:06 PM No comments:

The kiddos are back from their long 5 week journey to Kenya with their dad.  As I mentioned in a previous post, we were expecting baby #5.  Well, she arrived early September and my husband took the other 4 children overseas.  They had a fantastic experience and can't wait to return.  Here are a few pictures from their trip. 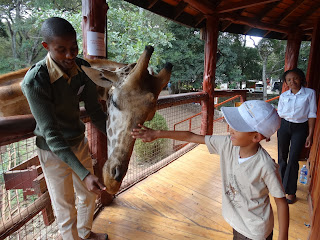 Bubs is feeding a giraffe at the Giraffe Center in Nairobi. 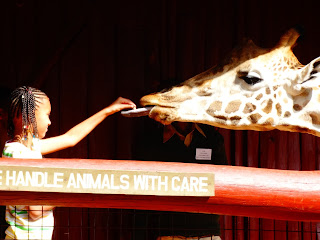 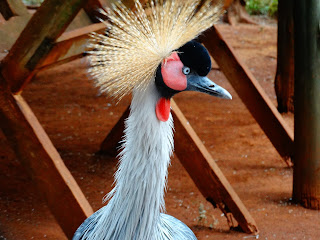 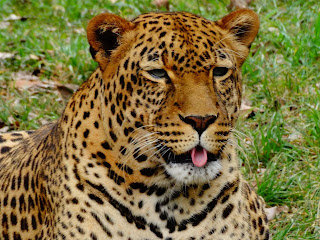 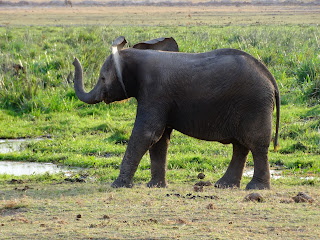 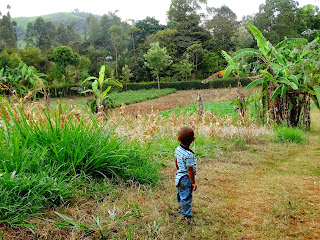 T-man scoping out the banana trees on the property opposite of the family tea farm. 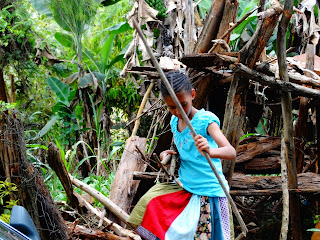 Kui gathering sticks for the fire to cook the family's dinner.  (Note: This is in what you would call "shags".  It is essentially the country.)  They stayed in Nairobi.  She did not gather firewood for every meal!!
Plenty of fun was had and the school teacher cracked the whip when they returned.  We have been at it for a week and a half and the transition has been better than anticipated.  The children took work with them while they were gone, but maybe only did a weeks work in five weeks. I have included a few pictures of what they have been doing since they have been back. 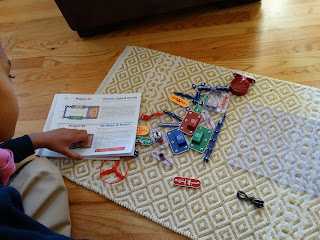 Kui has been working with a few different sets to cover the idea of circuits/electricity/magnetism.  This is the Snap Circuits Junior set.  It has over 100 projects that she can do on her own.  There is a larger set which contains over 300 projects.  She is just diving in, but is able to do it independently which is a huge bonus in my books (woo hoo)!  Kui was so excited to tell me what a closed and open circuit was and how she was able to get her fan to rotate.  I also have this electricity and magnetism kit on the shelf for her to use as well.  It includes about 15 projects.  She is required to write down her observations in her science journal as well and not just do the "fun stuff".  (For a later post, we are exploring the Magnetism dvd from Super Charged Science as well.  It has a great step by step outline for each project along with follow up questions for the student.) 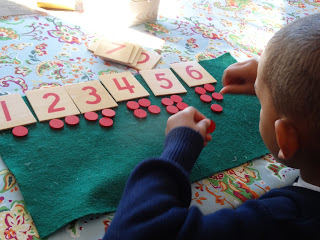 I presented cards and counters to Nito.  He really loved it and has taken it off the shelf again since then.  I pray he loves math more than his sister! 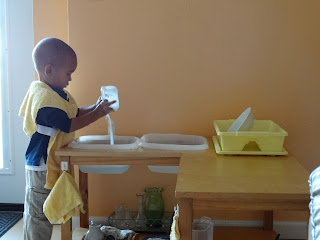 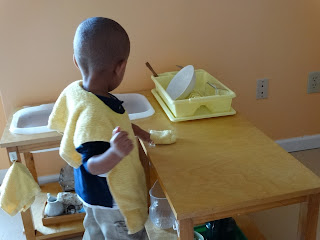 T-man worked on dish washing for about 30 minutes one day.  He was very focused.  So much so that he didn't even realize he was standing on the side of the basin while washing his dishes! 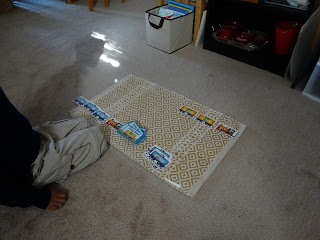 Bubs worked with his ending sounds train game.  I was clearly losing (my train is at the top of the work rug). 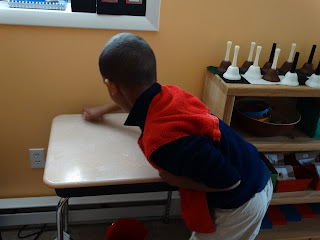 Then the idea and excitement of practical life (aka WATER) took over and he switched to table washing. 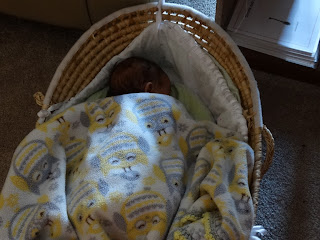 Little toot has found her place in the classroom.  The Moses basket is easy to transfer.  She sleeps through the noise thankfully! 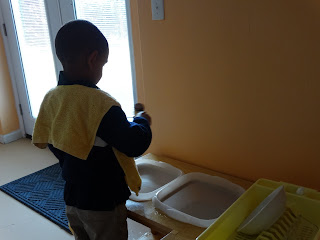 Now it's Nito's turn to do dish washing.  It has worked out well in the place I moved it in the classroom.  While they were away, I painted the concrete floor section of the basement by the back door.  Now they will go over there (#mamagotallofthespiders).  I am also a little more laid back as far as water goes because it can wipe up much easier than on carpet. 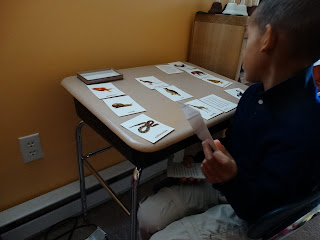 Bubs working on the animal "Who Am I" cards.  He kept begging me to read the cards, but I was nursing and working with Kui.  I heard him sounding out the words and reading them by himself.  He was so proud when he got through an entire card and matched it to the picture. 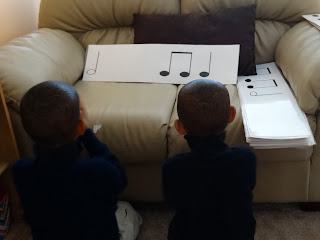 Boys doing the clapping charts.  These are various charts with a 4 beat measure.  There is a variety of different combinations of quarter notes, eighth notes, half notes, and whole notes.  There are a few more with advanced notes, but they haven't gotten there yet.  An example is in the picture above.  It has a half note, eighth, and quarter.  So they say the numbers as they count and hold the beat.  One two (clap)....hold for two counts, three (clap clap), four (clap).  They LOVE these and of course T-man loves to join in.  Bubs is really starting to understand these now.  This is his 2nd year of choir at church, plus we use Classic Tunes and Tales for his music lessons.  At church tonight, he was following along with the liturgy sheet as we sang.  He was reading the words and counting the beats!
﻿
Posted by Our Lady of Good Counsel at 10:54 PM No comments: