Fun with the brown stairs and pink tower 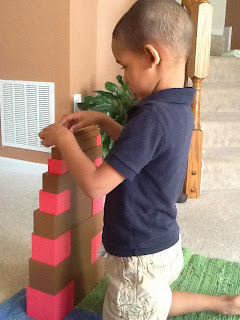 This morning Bubs and I worked together with the brown stairs and the pink tower.  It was great to see all the different extensions of this work.  We made one pattern after another.  I think he did this for over an hour.  Some of them took great concentration while others were straight forward.  It all started because of the way they happened to be arranged on the work rug.  It sort of looked like a sunburst to me.  Then Bubs made the connection and said it looked like his color tablet work (when he made the sunburst with all of the tablets).  So off he went, trying to arrange them in different ways.  I did help him along the way.  For some of them I helped him get started and just watched to see if he could understand the pattern and continue it. 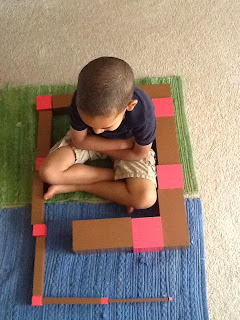 Bubs decided to sit in the middle of this one. 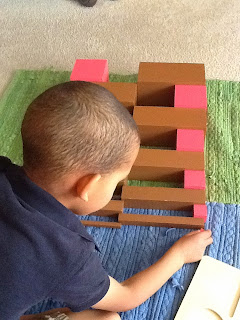 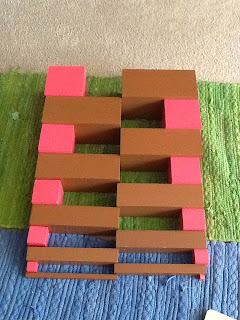 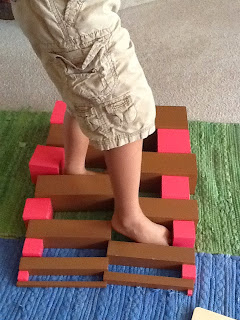 He said it looks like little steps, so of course there he goes stepping in the middle of it. 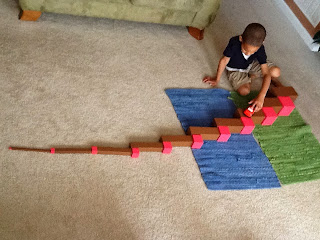 This one he decided to drive his car along.  Not sure if you can see it. 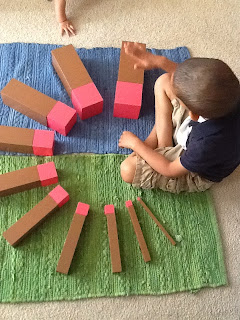 He tried to recreate the sunburst like from his color tablet box. 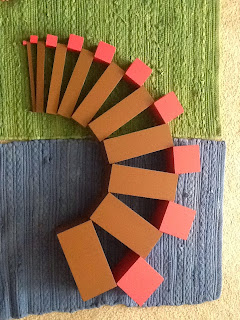 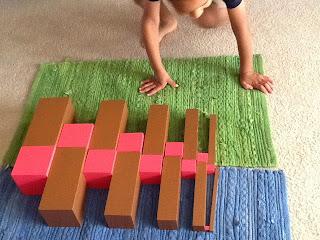 For whatever reason, he was super excited to finish this one and was attempting a handstand in the picture.
﻿

Posted by Our Lady of Good Counsel at 4:10 PM