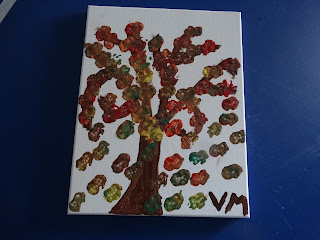 Well, I finally made some time to do art with the children.  Woo hoo!!  It seems as if art and music are always being pushed to the side.  However, the joy on the kids face along with Nito's comment has really encouraged me to make more time for this creative outlet.  He whispered to T-Man, "This is going to be so cool!". Kui also leans toward the creative side and I was happy to allow her to take some of her school time to make her artwork.  In the past, I felt like it was a "waste of time" because it was just messy and they never learned anything.  But to the contrary, they learned quite a bit in the process.

First off, they had to learn patience!  I am only one person and there were 5 children wanting to paint at the same time.  Secondly, they were able to learn the names of the colors (young ones) and how to mix them to create secondary colors.  The younger ones were also able to work on their pincer grip. Not to mention that the older ones needed to know how to draw a tree.  After we cleaned up, it was a great segway into the seasons of the year and why the leaves fall off of the tree in the first place. 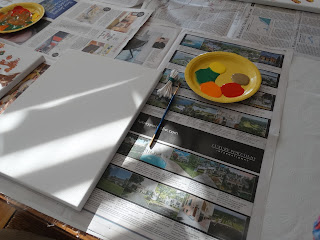 The project was quite simple.  We were making a fall tree with different colored leaves.  I picked up a few canvas' at Michaels, bu otherwise I had all of the supplies.  The "paintbrush" was simply 8-10 q-tips secured with a rubber band.  The kids thought this was pretty cool and it was chunky enough for the younger kids to hold.  I chose a few colors of paint that would represent the colors of the leaves as they change.  I splurged and went ahead and bought gold paint while I was at Michael's! 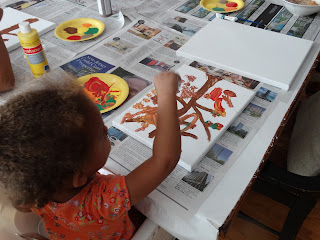 Here is Mumbs making her leaves for her tree.  I turned the canvas upside down in the hopes of her actually getting the leaves on the limbs, but as you scroll down to the bottom, you will see that she was quite successful with her "leaves". 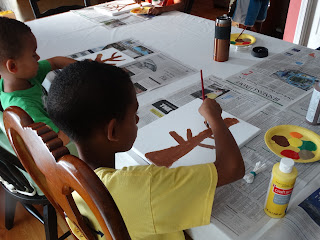 Bubs painting the base of his tree. 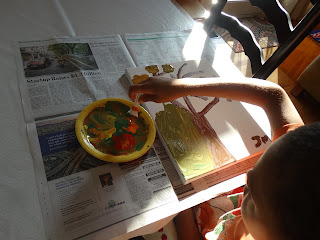 Nito decided to mix several colors together and create grass for the tree.  I tried to stop him before the entire canvas was painted green so that is why only half is painted.  He played it off like he wanted it that way and is very happy with the finished product. 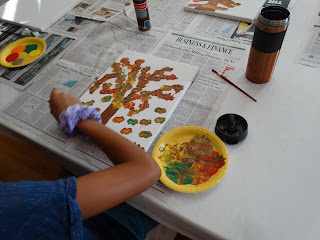 Kui was having too much fun and went a little wild with her leaves.  Her explanation is that it is the beginning of Fall and most of the leaves are still on the tree.  I actually like hers better than mine (of course the teacher had to do one as the model right?!)  However, mine will not be showing up here on the blog.


Below are the finished products.   Kui's is the one at the top of the post. 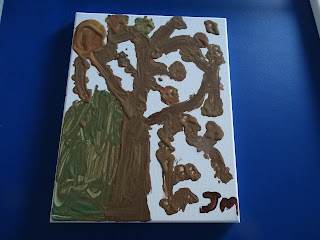 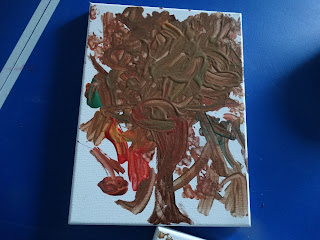 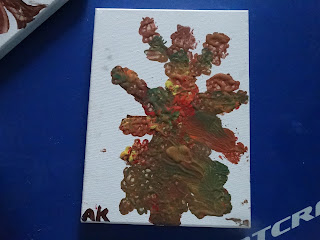 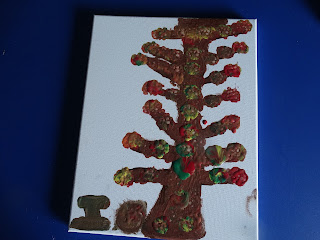 Posted by Our Lady of Good Counsel at 9:04 PM

Email ThisBlogThis!Share to TwitterShare to FacebookShare to Pinterest
Labels: Art